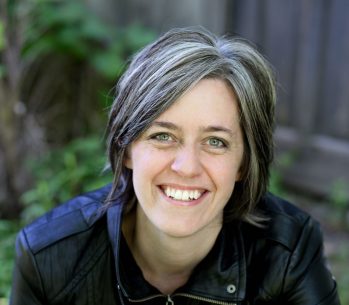 Dr. Rachel Rensink-Hoff is Associate Professor of Music at Brock University, Artistic Director of the Avanti Chamber Singers, and founder of the annual Summer Choral Workshop in Niagara series for choral conductors and educators. Vice-President of Programming for Choral Canada and Past-President of Choirs Ontario, she holds degrees in choral conducting and music education from Western University and Calvin College, Michigan. She has pursued additional choral studies at the Eastman School of Music Summer Conducting Institute, the Voice Care Network of St. John’s University, Minnesota, and the University of Toronto.

Dr. Rensink-Hoff has taught choral conducting and led choral ensembles at Brock University, McMaster University, and Western University. She and choirs under her direction have been the recipients of numerous honours and awards. In 2015, her McMaster Women’s Choir was awarded first prize in their category of the National Choral Competition for Amateur Choirs and in 2019, the Avanti Chamber Singers, was named Promising New Adult Ensemble in the competition. She is also the 2014 winner of the prestigious Leslie Bell Prize for Choral Conducting awarded by the Ontario Arts Council. Recognized in the 2009 National Choral Awards for Most Outstanding Dissertation, Rensink-Hoff has published numerous articles on choral repertoire and pedagogy in the Choral Journal, Anacrusis, and the Canadian Music Educator. She has presented at conferences for Choral Canada and the Ontario Music Educators’ Association and internationally at the national conference of the American Choral Director’s Association and the International Federation for Choral Music World Symposium on Choral Music. Dr. Rensink-Hoff also maintains an active career as adjudicator, workshop clinician, and juror both locally and across Canada. As guest conductor, she has led the 2017 Nova Scotia Youth Choir and the 2018 Sing Summer Youth Choir. In 2019, she was featured in the Toronto Mendelssohn Choir’s Singsation series and was selected as Conducting Fellow in the 2019 Chorus America Conducting Academy.

Ms Kingham holds a BMus from the U. of Western Ontario (gold medal in pipe organ performance), and a MMus from the U. of Notre Dame (Indiana). She is the regular rehearsal and concert accompanist for Avanti Chamber Singers, and was formerly organ and keyboard instructor as well as staff accompanist at Brock University. In addition she is organist and music director at St. Thomas’ Anglican Church in St. Catharines. Ms Kingham also maintains a private music studio, specializing in piano, and continues to accompany widely as both pianist and organist throughout southern Ontario. 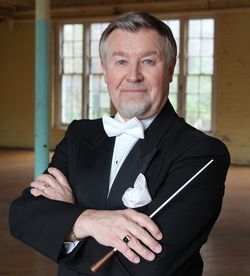 Dr. Harris Loewen (BMus, UBC; DMA, U. of Iowa) was Associate Professor in the Department of Music at Brock University (1987-2018), where he conducted the university choral ensembles and taught related courses. During his career, he was a chorister, baritone soloist and/or conductor with professional and amateur choirs in Canada, the U.S. and Europe, also performing as a pop and jazz vocalist in various settings. In Niagara, Loewen was the founding conductor of the Niagara Vocal Ensemble (1991-2011), Avanti Chamber Singers (2006-17), and Brock University Men’s Chorus (2008-2017). Under his direction, the university choirs and community ensembles released five recordings in the Voices of Niagara CD Series, featuring the work of Niagara composers. Over the years, Loewen has written vocal and choral music for television and a variety of other commissions. Since his retirement, a number of these choral compositions and arrangements are being published, along with some newer works.